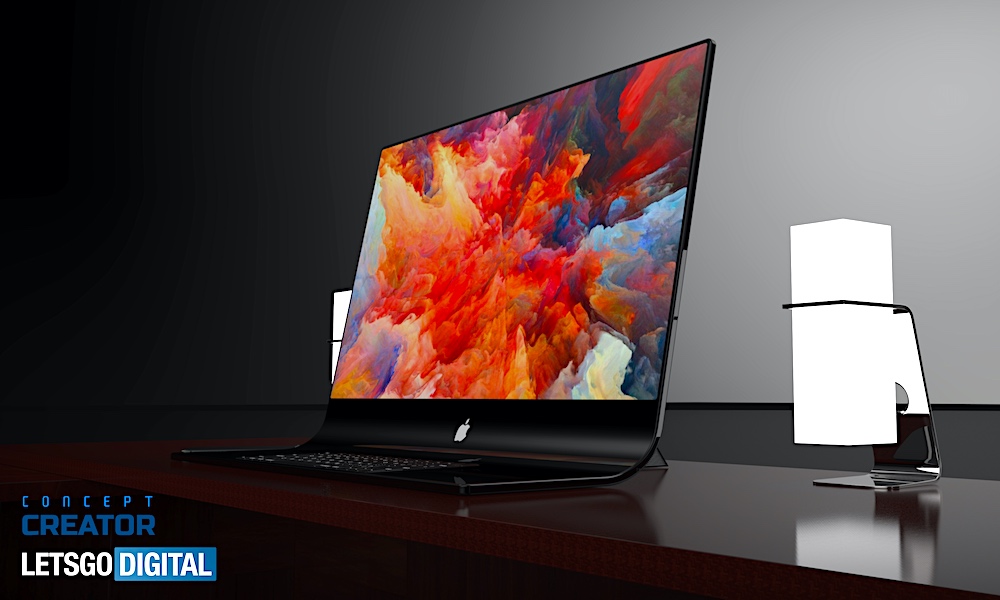 In fact, the last major design change, back in late 2012, simply slimmed the edges down to about 5mm, giving it a sleeker look from its more blocky predecessor when viewed at an angle, but head-on, it really looked like the same iMac we’d been seeing since 2009. While Apple did update it with a Retina 5K display in 2014, the design didn’t change at this time.

Since that time, the iMac has only gotten a few relatively minor spec bumps to keep it on the latest Intel CPUs, but has otherwise remained basically unchanged, even continuing to older internal hard drive technology, or Apple’s hybrid Fusion Drive that combines a smaller SSD with a larger traditional hard drive.

So needless to say Apple’s flagship desktop computer lineup is long overdue for an update, and we’ve already heard that one is likely coming at WWDC, however details on exactly what it could entail have been scarce. Now, however, leaker Sonny Dickson confirms that it’s just around the corner, and offers some additional insight into what we can expect from it, and it sounds pretty exciting.

According to Dickson, Apple will be making a switch to the “iPad Pro design language,” which presumably means that it will return to a more squarish design, rather than the tapered unibody that Apple switched to back in 2012, but like the iPad Pro is will likely be a consistent thickness throughout.

Some of this will also undoubtedly be due to Apple’s switch to SSD for the iMac. Dickson simply says “no more fusion drive,” but since there’s no way Apple is going back to using traditional hard drives, this clearly means it’s going to finally embrace SSD, which should help to reduce the amount of space needed inside.

What Else Is Coming

It also looks like Apple is doing to do away with the big black bezel that’s been a signature of the iMac for years, but has now started to look extremely dated in an era of the iPhone X and the new iPad Pro. Instead, Apple will be moving to the design of the Pro Display XDR, which has a virtually edge-to-edge screen by comparison.

The iMac will also finally be gaining Apple’s T2 coprocessor, which in addition to powering advanced security features will also enable ultra-fast SSD speeds and seamless FileVault encryption. The iMac has become an outlier in this regard as well, with every other Mac — even the Mac mini — gaining the T2 chip at least two years ago.

Dickson also adds that Apple plans to include AMD’s latest Navi GPUs, first introduced last year, although it’s unclear which ones the company will be using, and we also don’t yet have any information on which Intel CPUs it will be going with, although it stands to reason that it will include Intel’s latest 10th-gen CPUs, and as we recently noted, Intel’s latest high-end “Comet Lake” chip would be ideally suited for the highest-end iMac configuration.

While it seems highly likely that Apple will also announce it’s transition to ARM-based CPUs this month, the actual Macs that include those CPUs are still at least a year away, and while the plan is to get every Mac running on the new chips eventually, most reports suggest that Apple will begin the move with its MacBook lineup, so the iMac may still have a couple of years of life on Intel.

Previous Posts Toyota produces 4.5 millionth British-built car
Next Posts Apple Stores Will Soon Let You Trade in Your Old Mac for a New One