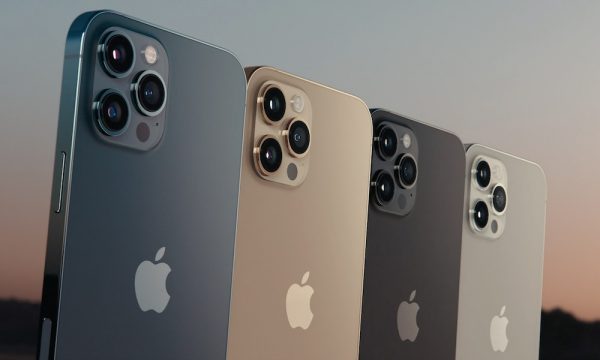 Although we quickly discovered that the tougher new glass won’t protect your entire iPhone 12 — the glass back remains just as vulnerable as it always has been since Apple is only using the new Ceramic Shield glass on the front — it still promises to offer a lot more protection where it counts, since a cracked screen is far more of a problem than a cracked back, and it’s also considerably harder to protect your screen with a case.

In fact, while numerous companies sell glass screen protectors, the reality is that these are mostly geared toward preventing scratches and not necessarily protecting your iPhone in the event of impact — especially if you drop your iPhone outright. So stronger glass is always welcome, and Apple claims that its new Ceramic Shield, which it developed as part of a special partnership with Corning, is even tougher than that company’s popular Gorilla Glass 6 that’s being used in most other flagship smartphones.

How It Actually Measures Up

Of course, whenever Apple or any other big company makes a claim like this, there’s no shortage of folks who are going to be rushing out to test it, whether it’s just for general interest and publicity or for more professional motives.

While we’ve already seen a few drop tests conducted by YouTubers that clearly fit into the former category, insurance company Allstate has a much more pragmatic reason to conduct these tests, since of course, it affects the somewhat nebulous math that goes into setting insurance premiums.

So over the past few days, Allstate’s researchers conducted a series of breakability drop tests on both the iPhone 12 and iPhone 12 Pro to see how each device would fare while protected by its new Ceramic Shield glass.

Formerly known as SquareTrade Breakability Drop Tests, Allstate Protection Plans — the division of Allstate that offers coverage for a variety of consumer products, including iPhones — has been using these tests since 2013 to provide its customers with professional and independent assessments of how various devices “live up to the rigours of everyday lives.”

In the case of the iPhone 12 and iPhone 12 Pro, Allstate’s general conclusion was that the Ceramic Shield improved durability during face-down drop testing, although neither device was impervious to damage of course; a drop of an iPhone 12 onto a rough sidewalk from six feet still resulted in “small cracks and scuffed edges” although it fared significantly better than the iPhone 11 and the Samsung Galaxy S20. Similarly, the iPhone 12 survived a back-down drop test “virtually unscathed,” despite the fact that the Ceramic Shield isn’t used for the back glass.

Unfortunately, it seems that the iPhone 12 Pro didn’t come out nearly as well as its less expensive sibling. Perhaps due to the increased weight — the iPhone 12 Pro is 25 grams heavier than the iPhone 12 — when it landed on its face it cracked across the lower half of the Ceramic Shield screen, but the screen only cracked, it didn’t shatter, and the unit remained fully functional. It also still fared better than its predecessor, the iPhone 11 Pro.

In a back-down drop test, the iPhone 12 Pro’s glass back actually did shatter entirely, resulting in loose pieces of glass and even some cracking on the main camera lens, although the report notes the damage was not “catastrophic” and the iPhone 12 Pro continued to work fine despite the damage.

Allstate attributes some of the improved durability not only to the Ceramic Shield, but also the new flat-edged design of both iPhones, which it suggests especially helped in the case of the back-down drop tests, where the glass is exactly the same as that used on last year’s iPhone 11 models.

However, this was the most apparent in the side-down drop tests — both the iPhone 12 and iPhone 12 Pro when dropped on their sides suffered only “scuffing and sharp steel edges” along the sides and corners, but otherwise remained unharmed.

As we’ve seen with Corning’s Gorilla Glass over the years, it’s important to remember that there can actually be a huge gap between the “durability” of glass in terms of impact resistance and the “hardness” which affects scratch resistance.

In fact, these are actually two very different things, meaning that the process by which glass is made durable does not necessarily confer hardness — and vice-versa. So just because a screen survives six-foot drops without cracking doesn’t mean that it will be any more scratch resistant.

Despite Corning’s recently-announced “Victus” glass that’s supposed to actually improve scratch resistance for the first time in years, it seems that this wasn’t one of the goals of Apple’s Ceramic Shield project. A test conducted by YouTube channel MobileReviewsEh discovered that while the iPhone 12 does slightly improve scratch resistance, it’s still far from immune to scratches.

Using the Mohs hardness scale that’s commonly applied for measuring the hardness of gemstones, the tests showed that the iPhone 12 could resist scratches at one notch higher than the iPhone 11, but it’s far from a significant change, especially compared to the much bigger increase in drop protection.

The bottom line is that you shouldn’t consider Apple’s Ceramic Shield as a reason to throw caution to the wind. Like any safety improvement, it’s there to protect you against accidents — and will help do so much more than prior models did.

The Ceramic Shield front is a huge improvement. That said, both phones were damaged when dropped on a sidewalk. Given their hefty repair costs, we encourage everyone to use a protective case and treat their new iPhone 12 with the care you would give an expensive camera.

While Allstate noted that the iPhone 12 and iPhone 12 Pro were the most durable phones they’ve ever tested, that shouldn’t be taken to mean that they’re invulnerable to damage, and if you’re concerned, investing in a case and/or AppleCare+ would definitely be a good idea, especially since the screen repair costs for the iPhone 12 have jumped significantly over the iPhone 11, due largely to Apple’s use of OLED screens this time around.