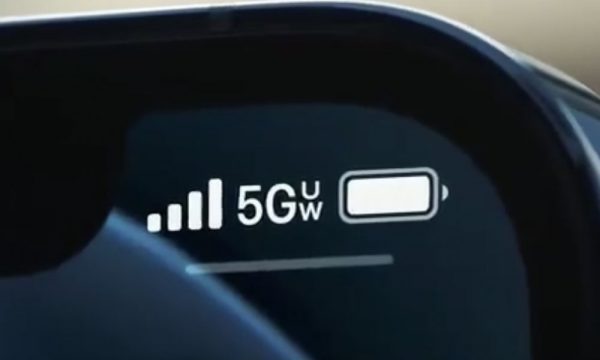 In fact, according to testing conducted by Tom’s Guide, using 5G continually could result in a potential reduction of two hours or more in battery life as compared to surfing purely at 4G LTE speeds.

While the iPhone 12 Pro seemed to offer almost an hour of additional battery life overall — 11:24 on 4G LTE — it also saw more of a drop when using 5G, down to 9:06, or nearly 2.5 hours less. However, it’s also worth noting that the iPhone 12 was tested on AT&T’s 5G network, while the iPhone 12 Pro was tested on T-Mobile, so the potentially differing power requirements of running the cellular hardware at different radio frequencies may have accounted for much of the discrepancy here.

To paraphrase the quote often misattributed to British statesman Benjamin Disraeli, “there are lies, damned lies, and statistics,” and this is equally true when trying to compare artificial battery life tests with real-world performance.

While Tom’s Guide used what’s become a fairly standardized approach to battery testing — continuous web surfing with the screen on at average brightness — this probably doesn’t reflect the way that most users are likely to use their iPhones, nor does it take advantage of some of the optimizations that Apple has built into iOS 14 for maximizing battery performance over cellular networks, although it still shows a measurable downside to using higher-speed 5G service.

Of course, our web surfing test is just one way to measure battery life. And we know that no one is going to surf the web for 10 or 11 hours straight. But this test does give us a way to compare endurance across multiple phones, even if it is a taxing test.

In other words, while most typical users may not lose a full two hours when using 5G in the real world, they’re definitely going to lose at least some battery life compared to staying on the more conservative 4G LTE networks.

As Apple already explained during its iPhone 12 launch event, one of the features that will likely make a huge difference in day to day use is Apple’s new Smart Data Mode feature, which will basically ensure that the 5G radio hardware is only engaged when those kinds of speeds are actually necessary — which for most users may not actually be that often.

This was also backed up in a recent interview with Apple’s Kaiann Drance on the Rich on Tech Podcast, where the VP of iPhone Marketing responded to the pointed question about the impact of 5G on the iPhone’s battery life by explaining that Apple not only uses the aforementioned Smart Data Mode, but has also made a “bunch of software optimizations throughout the entire system to make battery life even better.”

Drance also adds that Apple has worked with its carrier partners to tweak network settings in order to optimize them for the iPhone’s 5G hardware, although it’s unclear which carriers she was referring to.

Apple hasn’t shared a lot of details on exactly how Smart Data Mode works; rather it only offers a rather vague explanation:

Use 5G with your iPhone, Apple Support

However, Tom’s Guide suggests that it may be limited to fewer scenarios than we’d expect, such as “when you’re streaming music with the screen turned off,” although notably they don’t indicate whether they were using the feature during their tests; it is possible to disable it in the iPhone 12’s cellular settings, effectively forcing the iPhone to stay on the 5G network all the time.

Conversely, 5G can also be disabled entirely from the same settings, and putting the iPhone into Low Power Mode will also disable 5G entirely for maximum power conservation.

It’s also notable that you won’t really be able to tell when Smart Data Mode has kicked in, since as The Verge’s Dieter Bohn shared in his iPhone 12 review, you’ll always see the 5G indicator when a 5G network is available, even when only 4G LTE speeds are being used.

What’s weird is that when the iPhone is limiting you to LTE speeds, it will still display the 5G icon in the status bar. It’s now an indicator of the best speed available to you, not the actual type of connection that’s actively in use.

Bohn also expressed similar uncertainty about exactly how Smart Data Mode works, but he did imply that it seems work more in the form of the iPhone 12 defaulting to 4G LTE and bumping up to 5G speeds when necessary, rather than the other way around; for instance, when your iPhone 12 is sitting in your pocket with the screen off, it will almost certainly be using the 4G LTE network unless you’ve left it uploading or downloading a large amount of data in the background. Bohn did add however that Smart Data mode didn’t feel like any kind of performance throttling.

While we can’t deny the value of standardized battery testing to offer up a baseline for what kind of performance one should expect under the most extreme conditions — after all, even Apple’s own battery life specs are similarly contrived — it won’t be until folks are walking around with the iPhone 12 in day-to-day use on real-world 5G networks that we’ll truly know how much of an impact the higher performance is going to have on battery life. In the meantime, however, it’s definitely something to keep an eye on, and we’d definitely recommend leaving your 5G setting to “Auto” and taking as much advantage of Apple’s Smart Data Mode as possible.