Using Dual SIM? You’ll Have to Live without This New iPhone 12 Feature (for Now) 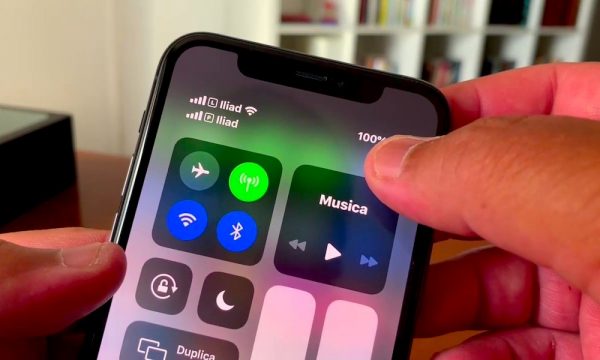 While all of the iPhone 12 models will continue to support the same Dual SIM mode that’s been available since the iPhone XS/XS Max and iPhone XR were released in 2018, it appears that users who actually take advantage of this won’t be able to use 5G cellular networks on either SIM.

This little caveat was found in an Apple Sales FAQ for retailers and carriers uncovered by a user on Reddit (and independently confirmed by MacRumors), which clearly states that “When using two lines in Dual SIM mode, 5G data isn’t supported.”

Specifically, if iPhone 12 owners set up a second line using their internal eSIM, the iPhone will fall back to using 4G LTE on both lines, although it does appear that users will be able to provision a single line using the eSIM (rather than a physical SIM card) and still be able to take advantage of 5G service.

When using two lines in Dual SIM mode, 5G data isn’t supported on either line and will fall back to 4G LTE. If customers are using eSIM only and are on a 5G-supported carrier and service plan, they’ll have 5G access.

It appears that this will be the case whenever two separate lines are active on your iPhone 12, regardless of which one you’re using. For example, some users have both a personal and work number assigned to a single iPhone using the Dual SIM feature, while others use the second SIM to take advantage of more affordable data-only plans.

It doesn’t appear to matter what type of plans are being used on each SIM; the problem appears to occur whenever Dual SIM mode is being used at all.

A Fix Is Coming

The good news, however, is that this appears to be a software issue. In fact, the Reddit user who shared the news later updated their post to state that an upcoming update — like an iOS point release — will fix the issue and “enable 5G when using Dual SIM mode.”

This actually won’t be the first time that new iPhone buyers have had to wait for proper Dual SIM support either. When Apple first introduced the feature with the 2018 iPhone models, it wasn’t even enabled at launch — users had to wait until Apple released iOS 12.1 in late October before they could use it, and in fact some carriers weren’t supported until iOS 12.1.1 was released in December.

MacRumors has also confirmed this from an internal Verizon presentation slide that notes that Apple plans to enable 5G support via a software update later this year. Until then, however, Verizon notes that users who have set up service using eSIM will need to physically remove the other SIM card from their iPhone 12 in order to access its 5G network.

The same likely applies to other carrier networks as well, so at least users who are travelling and hope to use the eSIM to access 5G networks abroad won’t need to disconnect their existing service as simply removing the physical SIM card should have the exact same effect, causing the iPhone 12 to fall back into standard single SIM mode using the internal eSIM.

Unfortunately, those who are using the eSIM for their primary carrier service may find their options a bit more limited, since this can’t be removed or switched off. Of course, this will only be an issue if you’re hoping to access a 5G network, which may not be a huge priority when travelling anyway considering the current state of 5G rollouts and speeds worldwide, and Apple will assuredly have addressed this with an iOS 14.x update by the time 5G technology becomes more widespread.