What is a ‘Self-Healing Display’ and Why Does Apple Want One? 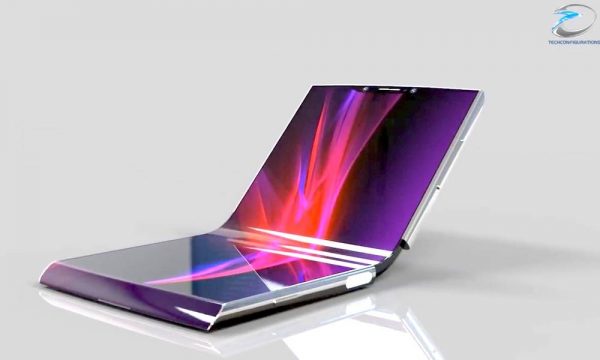 What is a Self-Healing Display?

Ideally, it’s a display that can recover from scratches and small dents by healing itself and smoothing so that screen quality doesn’t change. Apple’s patent points to a top layer that would essentially absorb scratches before they could damage sensitive panels beneath, and then reform automatically (or perhaps under certain conditions) to wipe the scratch away. The layer would, of course, have to enable touchscreen sensitivity and couldn’t impair the image – basically, you wouldn’t know it was there.

How Does This Technology Work, Anyway?

The patent
does dive into some interesting specifics if you want to get a little nerdy
with the science. Essentially, the self-healing layer is made of an incredible
number of transparent conductors caught between two “dielectric layers” which
are made out of a special polymer that has the ability to reform into a
particular state.

Currently, that layer needs a trigger, an outside stimulus that can run through the layer via the conductors and activate the coating. Based on the patent, Apple is looking into using heat as the stimulus but indicates that an electrical current may also be possible. One of the end goals is to enable the healing factor whenever the iPhone is plugged in for charging, so users don’t have to take any extra steps.

This also indicates that Apple has probably moved beyond the “idea” stage for the patent, and might be working with a few different prototype screens to develop a version that could work.

Why is Apple Investing in This?

Two words: Foldable iPhone. We saw a few foldable phones released last year but to no great acclaim. They were expensive, didn’t work all that well, and it was too easy to damage the screen. Apple had its own plans for a foldable phone, but has kept them quiet while working to see if it’s really possible on a consumer-friendly level – and this self-healing technology is an important part of that!

The flexible screens that foldable phones have used thus far still seem prone to damage along the creased edge through frequent use. Plus, foldable phones are designed to be clasped together when you put them away. As Apple notes, this is a great way to trap dust and dirt between the two screen panels by accident and grind them together to cause significant screen damage over time. This self-healing screen material would render those issues moot and make a foldable iPhone much more viable.

It’s much too early to say. Right now, the patent is only for a potential foldable phone, based on the descriptions of the technology. It’s also important to remember that many patents are filed just in case, and never actually result in features that come to real-world products. But if Apple can perfect a self-healing layer that doesn’t interfere with iPhone quality, there’s no reason not to bring it to standard models, too.