Next Year’s ‘iPhone 13’ Lineup Rumored to Get 120Hz Displays 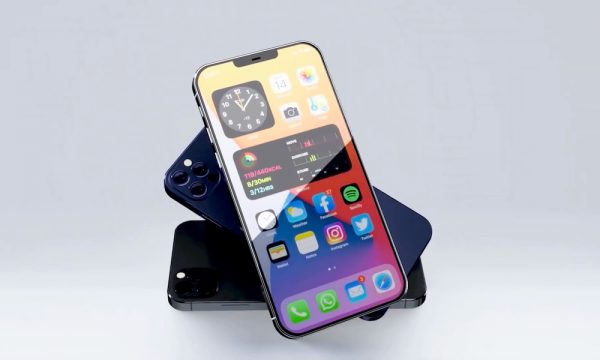 At this point, we pretty much know everything there is to know about what’s coming in the iPhone 12, so the rumors on that front have gotten quite stale; if Apple still does have one or two surprises up its sleeve, it’s holding those cards very close to the vest, and it’s been weeks since we’ve heard anything new or different.

So it’s probably no surprise that analysts and leakers are getting hungry for more interesting reports. While we’ve already heard a little bit about what could be coming to the “iPhone 13,” we can expect reports to begin to heat up in the coming weeks.

The latest report comes from display analyst Ross Young (via MacRumors), who previously shared the disappointing news about Apple’s problems with sourcing components for 120Hz “ProMotion” displays this year.

At the time, Young indicated he wasn’t completely certain whether Apple would delay the launch of its iPhone 12 Pro models until the necessary chips were available, but he noted that he heard they would simply skip the faster displays this year. Subsequent rumors from other analysts or leakers also appeared to back that up.

So it’s probably not going to come as a big surprise that Apple is still planning to add the faster displays; we’ll just have to wait until next year’s “iPhone 13” before they arrive, and Young confirms this while also sharing a few other details on what next year’s iPhone lineup could look like.

Young shared a chart that lists the whole predicted: “iPhone 13” lineup, with sizes that appear to be basically the same as what we’re expecting to see in the iPhone 12 this year; two “iPhone 13 models” (Young doesn’t weigh in on “mini” as a name) with 5.42-inch and 6.06-inch displays accompanied by an “iPhone 13 Pro” that also features a 6.06-inch display and the larger “iPhone 13 Pro Max” with a 6.67-inch display.

Of course, as a display analyst, Young is extra precise here, but you can easily see that those numbers round to 5.4 inches, 6.1 inches, and 6.7 inches, respectively.

Interestingly, Young’s chart also notes that the largest and smallest iPhones will feature OLED displays from Samsung (SDC), while the 6.1-inch versions will source display panels from LG Display and BOE. However, all four are expected to use the same Y-Octa OLED technology that should allow for thinner, lighter, and more power-efficient displays.

While Young’s display predictions are likely pretty accurate — that is his area of expertise, after all — his other predictions may be less reliably sourced. For example, Young also predicts the only the two “iPhone 13 Pro” models will feature mmWave 5G, and that Apple will follow a similar triple- and dual-camera design next year between the Pro and non-Pro models.

In both cases, these may slightly contradict other rumors we’ve heard. While some reports have suggested that only the iPhone 12 Pro Max will get mmWave 5G, reputable analyst Ming-Chi Kuo has continued to insist that all iPhone 12 models will be getting mmWave 5G versions, just not necessarily for every carrier in every market. However, that’s also just this year’s news, and another recent report from DigiTimes did suggest that Apple could pull mmWave support from some models next year.

Likewise, we’ve heard at least one report that next year’s high-end “Pro” iPhone is expected to get four cameras. While that report isn’t heavily reliable on the surface — even the leaker said to “take it with a huge amount of salt” — it’s not unreasonable to expect Apple to add a fourth camera at some point.

That said, Young’s information does suggest that the “iPhone 13” cameras will get the sensors that will be in this year’s iPhone 12 Pro Max, while the Pro models will move up to even better sensors, so if true, this would still represent significant camera improvements across the board, and possibly even a jump to a set of higher-megapixel shooters.

Previous Posts Study: Vitamin D deficiency linked to a greater risk of diabetes-related early death
Next Posts You Might Have to Wait Until 2022 for the Next iPhone SE