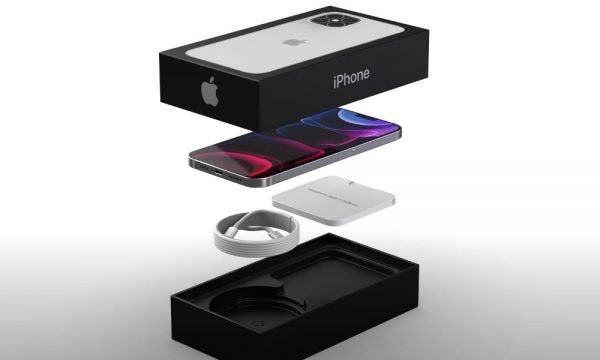 While reports have varied about which accessories could be excluded, we first heard reliable reports of the EarPods’ alleged disappearance back in May from oft-reliable Apple analyst Ming-Chi Kuo, which actually followed other reports from last year that suggested Apple might even someday include a version of AirPods instead.

That latter rumour, however, is most likely a pipe dream, and Apple’s push to remove accessories from the iPhone box isn’t about putting in more expensive accessories, but rather about reducing overall cost and environmental impact; many users buy alternative headphones and consider the included EarPods to be throwaways, and even USB chargers are becoming more and more commonplace, especially since first-time smartphone buyers are few and far between these days.

In fact, Apple has already telegraphed the removal of the charger from the new iPhones by doing the same with this year’s Apple Watches, which it did in a rather public move by having its VP of Environmental, Policy and Social Initiatives, Lisa Jackson, take the virtual stage earlier this month to announce the decision to remove the chargers from all Apple Watches as a positive move toward greater environmental responsibility.

It stands to reason that Apple will spin the removal of the chargers from the iPhones in much the same way.

However, it’s been a bit less unclear until now what Apple’s plans might be for its EarPods. Since the earbuds take up considerably less weight and space than a USB charger, there was certainly a possibility that rumours of their demise had been greatly exaggerated, but now the very attention to detail that Apple shows in its iOS design has inadvertently revealed its plans.

It’s actually the removal of only a single word within a screen in iOS 14.2, but that one minor change actually speaks volumes.

As MacRumors has discovered, the cautionary text included in iOS to explain how users can reduce exposure to RF energy has simply removed the word “supplied” when describing the use of headphones.

The previous text read: “To reduce exposure to RF energy, use a hands-free option, such as the built-in speakerphone, the supplied headphones, or other similar accessories.”

Now, instead, it reads: To reduce exposure to RF energy, use a hands-free option, such as the built-in speakerphone, headphones, or other similar accessories.

This text has been present in prior versions of iOS and has actually remained relatively unchanged for many years, so it’s very obvious that this update was very deliberately done by Apple to remove the reference to “supplied headphones” because Apple no longer intends to “supply” them with new iPhones.

The removal of the EarPods from the iPhone is probably of less consequence to many users than the elimination of the power adapter, since they’re arguably not even really a requirement to actually use the iPhone, and in fact it’s likely many people never even take them out of the box, either because they prefer to use different headphones, or they simply don’t have any need to use their iPhone in such a way as to require earphones at all. After all, for many people the iPhone is primarily a phone rather than a media player.

Some have taken a more cynical viewpoint that Apple is doing this to push more people into buying AirPods, but at the end of the day it’s unlikely that the removal of the EarPods will make that much of a difference, particularly with the wealth of inexpensive headphone options available combined with the fact that Apple will still be selling the EarPods separately for significantly less than the price of even the most inexpensive version of its AirPods.