iPhone 12 mini to Start at 64GB, But iPhone Pro Models Will Double That 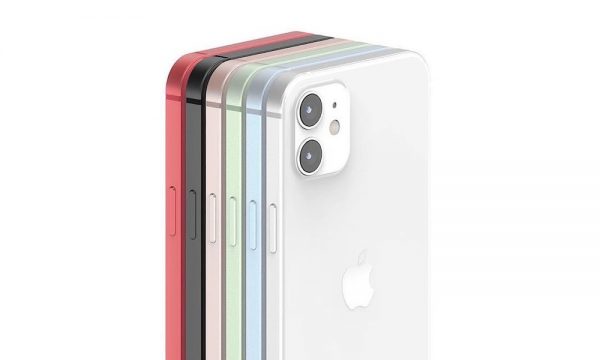 While we never know for certain until Apple takes the stage at its iPhone event, at this point it’s a fairly easy bet that the new iPhone lineup is going to consist of two standard models — a 5.4-inch “iPhone 12 mini” and a 6.1-inch “iPhone 12” — along with the usual two “Pro” versions bearing the expected monikers of “iPhone 12 Pro” and “iPhone 12 Pro Max” while also getting a slight increase to 6.1 inches and 6.7 inches, respectively, compared to their 5.8-inch and 6.5-inch predecessors in the iPhone 11 Pro series.

It also seems extremely likely that all four models will feature the same new flat-edged design that we heard about last year, contrary to reports that it might only be coming to the iPhone Pro; leaked photos of labels for Apple Silicon Cases last week revealed both the names and the fact that Apple will only be selling a single case designed to fit both of its 6.1-inch iPhone models — the iPhone 12 and the iPhone 12 Pro — which if accurate indicates that both models will share the exact same physical dimensions.

That said, the iPhone 12 Pro models are still expected to use a three-camera system that adds a new LiDAR Scanner, however this doesn’t necessarily require different dimensions, since the current iPhone 11 models all feature the same square camera bump, so it seems very likely that the iPhone 12 will follow suit.

Leaker Jon Prosser, who pegged Oct 13 as the debut date for the new iPhones, has now shared what he believes will be the capacities for the new lineups, suggesting that the standard iPhone 12 models will start at 64GB while the baseline iPhone 12 Pro capacity will be 128GB.

This actually contradicts what Prosser said back in May, when he predicted that all of the new iPhone models would start at 128GB, with Apple phasing out the 64GB capacities entirely, he explains that this information came from long before production had started, and it’s unclear whether Apple changed its plans for the higher-capacity models or if the leaks were just conflating the iPhone 12 with the iPhone 12 Pro.

However, the more mysterious leaker @L0vetodream, who has a more proven track record than Prosser, has actually been predicting all along that the standard iPhone models would start at 64GB, with only the Pro versions starting at 128GB.

Prosser also confirms that “iPhone 12 mini” is “definitely the final marketing name” — although that’s not really in doubt anymore — and adds that Apple will be sending out the first shipment of final iPhone 12 units on Oct. 5th so that they’re ready to go for the Oct. 13th announcement.