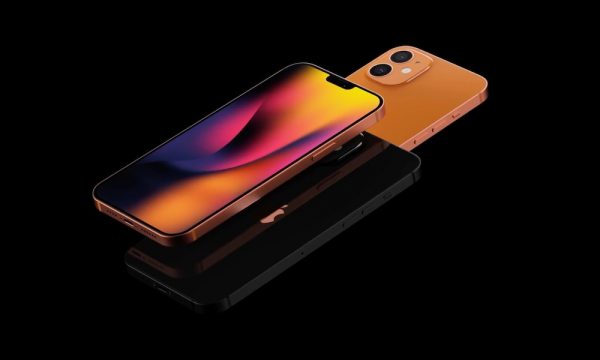 That’s not a sure thing, mind you, especially considering the number of years that Apple has released “S” models for each number, but this year’s iPhone is expected to pack in enough major changes — from 5G technology to a completely new design — that the name “iPhone 11s” just wouldn’t cut it.

What’s been more of a mystery until recently is what the dark horse entry in Apple’s 2020 iPhone lineup is going to be called.

You see, for the past three years, Apple has released only three new iPhone models, across two different families. In 2017 that was the traditional duo of the iPhone 8 and iPhone 8 Plus accompanied by the revolutionary iPhone X, and then in 2018 Apple merged those three concepts into the new iPhone XS and iPhone XS Max, while introducing the entirely new iPhone XR as a lower-cost option.

However, by all reports, Apple plans to play another card this year with the release of a smaller successor to the iPhone 11.

In other words, rather than just seeing a single 6.1-inch iPhone 12 accompanied by the usual pair of Pro models, Apple is going to split what is now effectively its “non-pro” model into a lineup in its own right, with 5.4-inch and 6.1-inch versions.

This has led to lots of speculation on how Apple will differentiate the two models, and although some have suggested that Apple would use the standard “Max” nomenclature for the 6.1-inch model, that never quite sounded right to our ears, especially since the new iPhone 12 Pro is expected to be the same size, which would lead to two meanings for “Max” — 6.7-inches in the Pro model, and 6.1-inches in the non-Pro model.

To make matters even more confusing, calling the 6.1-inch iPhone the “iPhone 12 Max” could make it sound better than the standard-sized iPhone 12 Pro, which definitely won’t be the case, with the latter model expected to pack in a triple-lens camera and likely even a new LiDAR Scanner.

So we’ve generally been leaning toward the camp that suggested that Apple would instead differentiate the smaller model in some way; the new 6.1-inch iPhone 12 would directly replace the iPhone 11 in the same size, while the new entry would get a name like “iPhone 12 mini,” following in the footsteps of the iPad mini and Mac mini.

These rumours gained traction earlier this week when a tweet surfaced from the eerily prescient @L0vetodream, listing out the naming for the entire lineup.

Now we have even stronger evidence that this is the naming Apple is going to go with, thanks to a leaked photo from an Apple international distribution center showing accessories that the company has already made for its various upcoming iPhone models.

The photo alleges to be from stickers for as-yet-unreleased silicon iPhone cases, and clearly show the name “iPhone 12 mini” for the 5.4-inch iPhone. The photos were shared by Twitter user @DuanRui, the same person who shared a leak of the new iPad Air user manual last month, which turned out to be completely accurate.

To be clear, these are alleged to be stickers from Apple’s own first-party Silicon iPhone Cases, so this isn’t simply a matter of case makers speculating on a new iPhone name; Apple is most definitely not guessing when creating labels for its own accessories.

What’s also interesting is the fact that only a single sticker is shown for the 6.1-inch iPhone model, labeled as being for both iPhone 12 and iPhone 12 Pro.

If accurate, this suggests that all four iPhone models will feature the exact same new flat-edged design that was predicted last year, which would once and for all quash suggestions that only the iPhone Pro models will get the new design.

Although there have been rumours in the distant past that Apple was planning to release an iPhone mini, these have generally represented shadowy products that leakers suggested Apple might have been working on; in this case, there’s every indication that the 5.4-inch iPhone 12 is a very real product, and Apple has a long history of using the moniker “mini” that goes all the way back to its classic iPods of the early 2000s. Even the naming on the sticker in the photo is consistent — while Apple uses an uppercase M for its more recent “Max” designation, the iPod mini, Mac mini, and iPad mini have always used a lowercase m.

Either way, we won’t have long to wait to find out, with reports this week revealing that the iPhone launch is just days away, and that we will likely see an iPhone event by October 13th.